Reality Bites! the astrology of 2020

Astrology tells us that 2020 is a major turning point. One that astrologers have been talking about for a long time. It’s a year that ends old planetary cycles and begins them anew. And it’s a year that will likely see more than its fair share of tests, endings, and birth pains.

In short, this is a very serious year. A year in which we confront that which can no longer be avoided.

Yet this year also offers a critical opportunity for transformation. A transformation on the big stage of world affairs, and quite possibly in your own life too.

There are several astrological cycles that are powerful in 2020, but one makes most of the headlines. Right now, in the sky, in the late stages of Capricorn, Saturn with its icy rings is meeting up with cold, dark, rocky Pluto. The exact moment they meet is 12th January 2020.

In astro-speak, this is called Saturn conjunct Pluto. The last time this happened was 1982/83.

When we look to the past to see what happened when Saturn has triggered Pluto, we find times of crisis, contraction, war and pain. Times that were unsafe. Times we might look back upon as the end of an era.

The terrorist attack of 9/11 is one example of Saturn/Pluto. So is the start of both the First and Second World Wars, the Cold War, and the Falklands War.

Today, I believe, that catastrophic bushfires in our country, with its daily tales of horror and mass scale death and destruction, is another brutal and life-changing Saturn/Pluto event.

As I write these words, it is the beginning of January 2020, and our country continues to burn. The land is a tinderbox, parched by years of worsening drought and extreme heat that scientists say is linked to climate change.

The scale of suffering is apocalyptic.

People have lost their lives, as have an estimated one billion animals. Eco-systems are destroyed, as are millions of hectares of trees and more than two thousand homes and properties. Precious species of wildlife and vegetation may now be extinct or may become so (including koalas, unthinkable).

As parts of the country look like a war zone, one more consequence becomes obvious. We are facing a disaster that is out of our control. And that has changed everything.

One firefighter speaks for many of us to the distraught feelings that the scale of this tragedy has wrought, when he asks, “how can we translate that powerful emotion into a resilience and determination to make sure it never happens again?” (ABC News 3.2.20) Resilience and determination are characteristics that rise to the fore in Saturn/Pluto times. Because they must. Every time the jaws of hell open, as they seem to do under Saturn/Pluto, the human spirit responds.

Already we have seen moving examples of communities joining together, acts of bravery, efforts to rescue or euthanize injured animals and supply food and water, donations to charities and those in need, and relentless efforts to save lives and homes.

What must we do however, as this firefighter asks, to stop it from happening again?

Australians will be called upon to respond to that question throughout the long Saturn/Pluto cycle that is just beginning.

Transformation of the old ways

There has been little political will to address a climate change catastrophe, with warning voices unheeded, even those of former fire chiefs. Instead our government is considering legislation which would see jail terms for climate protesters.

It has been easy to feel helpless and powerless in the face of this resistance.

Now, however, the blinkers are off about the impact of the climate crisis upon life as we know it, and it is a very harsh truth for us to face. ABC journalist Laura Tingle writes “These fires have made climate change a reality of the present tense for many Australians, not something we can put off to the future.” (ABC News 4.1.20)

Many Australians are giving voice to what we might do differently. And what they call for is transformation of the way things have been done.

What can we do differently?

Here are a few suggestions for change that I’ve come across in recent days:

There is a loud and irresistible swell of voices urging upon Australian authorities the transformation we now need. Whether we look to our bushfire disaster, or the horrors of war and terrorism that have coincided with Saturn/Pluto, we discover certain consistent themes.

We see these outcomes because of the nature of the underlying archetypes of Saturn and Pluto. It might help to make this clearer by listing the separate characteristics of these very different archetypes.

SATURN loves structure and rules and building something in the real world. It welcomes responsibility. But it really hates change. And when change is in the air Saturn reacts with fear and repression. Worldly expressions of Saturn are governments, economies, the patriarchy, the police, and conservative politics.

PLUTO drives transformation. It loves power and bringing to the surface whatever has been repressed. It can be ruthless and disruptive of stability. It is experienced through Nature, ‘red in tooth and claw’, as the force of evolution, and also through the psychological underbelly that drives our thoughts and behaviour. It is irresistible.

As you might be guessing, when these two archetypes combine, we experience the intensity and pressure of being forced to change (Pluto), along with active resistance and repression to changing (from the Saturn powers that be).

The challenge of Saturn/Pluto is that it is a precarious life phase; a kind of tipping point, where life and death hang in the balance. Psychiatrist Stan Grof compares this to the phase of giving birth where fierce forces of Nature force the baby out of its familiar home in the womb and into the birth canal.

There is anxiety, there is pain, there is no turning back yet obstruction to going forward.

Without light at the end of the tunnel it is hard to remain positive. Yet history suggests that force for change eventually overwhelms the Saturn authorities who oppose it. Think of resistance to the civil rights movement of the mid 1960’s (another episode of Saturn/Pluto), and the eventual assimilation of at least some of what was being called for into mainstream values and rules.

Transformation is, however, no quick change and is never neatly done.

OK, so now you have a feel for the archetypal forces underlying 2020. Or at least the Saturn/Pluto part of it. What might we expect then going forward?

Here are a few ideas to consider.

“The year 2020 is a threshold to cross, a pause between the way it has been and the way it will be, necessitating a confrontation with all the difficult challenges in need of a remedy within civilization.” – Gray Crawford, astrologer

Let’s All Be Responsible for Change

When Saturn/Pluto is the archetype that holds sway in life, the going gets tough. Experiences can be shocking and terrifying. We grieve an end of innocence.

But 2020 is also the time for the tough to get going, and take responsibility, not only for the immediate response to disaster, but to fundamentally transform the way things have been, to build a solid foundation for a new world.

The astrology of 2020 is truly significant. Here I’ve hoped to convey the big picture themes of Saturn/Pluto as they inform the zeitgeist and those large events that affect us all.

It’s also possible that Saturn/Pluto makes a direct impact to your personal birth chart (via a transit) and it is very timely for you to ride the wave of this transformation in your own life. I’ll write more on this, and I especially invite you to book a session with me should that appeal.

As well, I’ll be covering in a new post the helpful arrival of Jupiter into Capricorn, where it will meet up with Saturn and Pluto from April till December this year. And that’s a whole other story, to be shared with you soon! 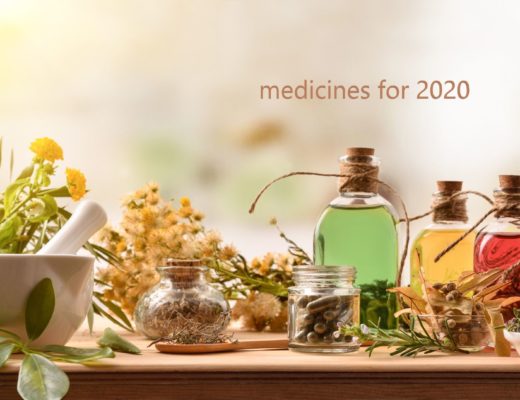 Is this the Age of Aquarius?

December 28, 2020
Previous Post Know Thyself - for growth, healing & change
Next Post Jupiter in 2020 - lights up the dark with hope