The archetypes of the astrology of 2021 urge us to make a new beginning. This is a year likely to inspire social change, reforms, and brilliant new ideas.

Yet it is also likely to be a time of strife and volatility. Because change can fracture and divide. And because our society is riddled with psychological and ideological splitting.

To understand reasons why, and for a full archetypal analysis, please first read ‘Navigating Times of Change with the Astrology of 2021’.

Let me qualify what follows by pointing out that this is a year to expect the unexpected. So, predictions are not the business to be in.

Having said that, some of the brightest astrological minds agree that the energy patterns of 2021 point to these possibilities:

The combination of Saturn and Uranus is the most challenging archetype of 2021, so I’d especially like to share with you the fascinating research of philosopher/academic/astrologer Rick Tarnas PhD into what happened when Saturn and Uranus combined in the past.

Tarnas writes in his masterpiece ‘Cosmos and Psyche’ that historical periods when Saturn/Uranus held sway were marked by “tensions between authority and rebellion, order and freedom, structure and change”.

The clash between these two opposing life forces is not therefore an easy time for society, often manifesting as: What astonished me though was what Tarnas discovered about how these archetypes can combine in peculiar ways.

Heightened Risks of Civil War in 2021

In what seems at first a contradiction, revolution becomes the weapon of a reactionary ideology.

“The Civil War began in precise coincidence with Saturn’s movement into exact square with Uranus in 1861, immediately after the election of Lincoln.” – Richard Tarnas, Cosmos and Psyche

Some may draw a clear analogy here to those self-described ‘freedom fighters’ who violently invaded the US Capitol while brandishing the Confederate flag as an icon of insurrection.

Does the dark potential of Saturn/Uranus doom us to such conflict throughout 2021?

With the current popularity of extremist views and irrational beliefs in conspiracy, healing may seem long distant and unlikely. But we can choose to put our energy into the good trying to happen.

Strategies for Finding the Good in 2021

Any archetypal energy has a healthy side and a shadow side. How do we grow the virtues and bring light to the shadows?

Here are a few ideas for how to work with the archetypes now in play.

‘The future is not a gift. It is an achievement’ – Robert F. Kennedy

We begin the year with a legacy of widespread psychological splitting, and the conflict of Saturn/Uranus throughout 2021 may seem to open Pandora’s box. But it may also be exactly what we need to help us face the issues that polarise us and confront the need for change.

Hopefully, any difficulties we face can spur us to embrace necessary reform. For this is how Saturn and Uranus can work together as buddies and allies.

The new age on offer today is far less a feel-good movement, than it is a radical vision of how much better things could be. A vision built upon inspiring ideas and discoveries, and the need for large scale co-operation. If the archetypes of 2021 shake us up, perhaps that is a first step toward this vision of our future. Where we find cracks, may they let in the light. The Archetypes – they make you who you are 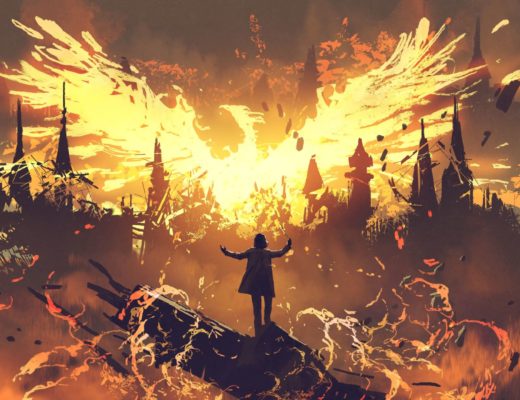